ARC Levers was started as a need to reposition a lever to fit a riders hand size. When making the first prototypes we realized that they could rotate out of the way in a crash preventing major damage. Since 1999 we have continually improved the existing products and have added new products that meet the industries' brutal requirements. We have gained valuable knowledge working with many factory teams and riders.

We now make everything in the United States except our forged blades. With the struggling world economy it is common to outsource your products to cut costs. We are dedicated to American made products that keep jobs here and maintain the highest level of quality. A few years ago we were tempted by the "big deal" and they moved production offshore. It has been quite an endeavor to get all of our stuff back and bring production back here with the trying times we all have seen over the past handful of years. Now that production is up to speed we are ready to supply you with the best gear that will also keep America strong.

The gear available today is a result of extensive testing and development. This allows the average rider to have factory level parts at a reasonable price.

Thanks for considering ARC as your lever company. 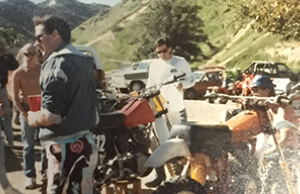 This is how it all started. I still don’t completely understand why but me and all of my buddies in our youth just wanted to jump things and destroy dirt mounds with two wheel machines. We started out on Schwinn Sting Rays and progressed into whatever our lawn mowing money could buy. Brand identity or matching gear did not matter, we just wanted to ride. 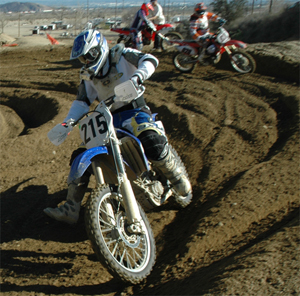 Living the dream. It took a while but my MX gear finally progressed from lawn mower engine mini bikes to the current bikes we ride today. I am now retired after riding for 20 years in the desert and then racing motocross for 2 years at Perris, 10 years at Carlsbad and 10 years at Glen Helen. There is no experience like jumping off the top of Mt. St. Helens and looking out over the whole valley while flying 3 feet off the ground and 800 feet above the valley floor. 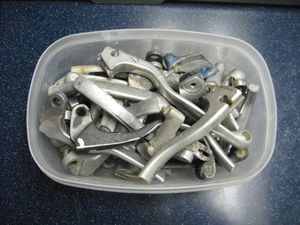 This is a small collection of levers that I have broken or found on the ground in the pits. This is one of the motivating factors to make the ARC folding lever. Just making the clutch levers out of a better material would be an improvement over the stock levers. 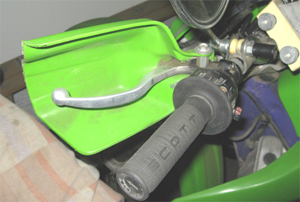 This is my ’97 KLX300 dual sport bike. I just use it for transportation when I go camping so it does not get the “factory love” when it comes to levers. I like the clutch lever away from my fingers when fully disengaged. This is a perfect example of the need for the ARC folding lever. You can see how far forward I had to bend the lever to achieve the position that I liked. I usually broke one out of three when doing so. 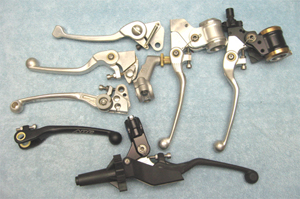 Here is an array showing the development in the ARC family. The top left is the first lever ever produced. It has Frankenstein springs on the outside to make it work. It was crude but proved that the concept was valid. Different lever shapes with folding and rotating concepts have been tried. We have scrapped more ideas than most companies ever bring to market. 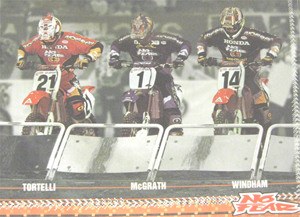 When Tortelli was at Honda he complained about the clutch lever not being “out” enough. They tried the adjustable lever to find what reach he liked and he said “I want to run that lever”. That is the first time an ARC lever was used on a factory bike, it was 2001. 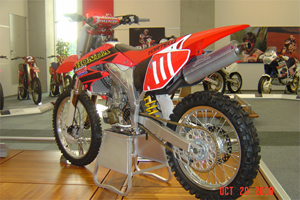 This a photo of the first Honda 450 4-stroke factory bike at their museum in Japan. Tortelli rode it at the last Japanese outdoor national the previous year. Note the ARC lever shining in the window glare. It is so cool to have some of our gear on that bike. 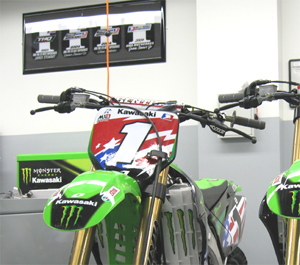 Over the years we have had many successful relationships with riders and teams. Some of the larger highlights have been the honor of supporting our MXDN teams on several occasions. Riders running our gear have won MX, SX and FIM titles in all classes spanning the last decade. The bottom line is that ARC makes the best gear in the world.

This is a close up of a gas valve. Not just any valve. I was at the Suzuki SX track one day when they were working on Rickys’ bike. When removing the tank, the gas line was pinched with those doctor pinchers. I asked why and the answer was there was no room for a valve. He rode so hard that he boiled the fuel no matter how much insulation was used. They had to move the fuel supply to the rear of the tank by the carb and there was little room for a valve. 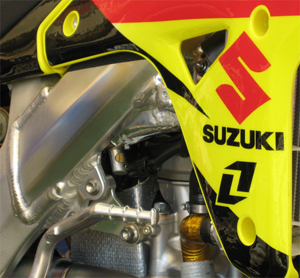 I said “give me a couple of weeks and I will make you something”. If you look close you can see the valve and the screwdriver slot used to turn it on/off. When the teams see what we can make in the world of levers they realize we can make anything. We have made a lot of factory parts. As a kid I would read the magazines and see pictures of really exotic bikes with trick parts everywhere. I would ask myself “who makes that stuff”? It has been a fun job to become the guy that makes those parts. 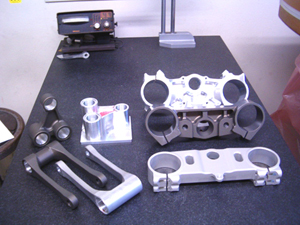 This is small showing of some parts we have made. Last year I sawed up and recycled about 80 gallons (1 and a half 55 gal. drums) of these type of parts. It broke my heart to see the stuff go but how many 2-stroke fork crowns for oversize factory forks do you need hanging around? When making a special run we would always make a few extra in case of a mistake. After 10 years we had accumulated quite a collection so we had to thin the herd. This close association with the teams has allowed us to listen, be shown and refine our products to be worthy at top level in the sport. 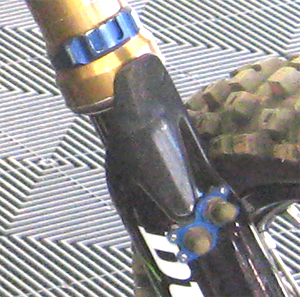 For years riders have had problems with the fork pulldown always being in the wrong place. The mechanic could set the single pulldown button on the guard where his rider likes it and at the next track the dirt is different needing a different position. Factory Kawasaki asked if we could build them something that would help the problem. We designed and built a handful of these double button pulldown assemblies with a slight height difference between the two buttons. Other companies make double button products but they are too heavy and the gap is too big between positions. It was a fun project and it is cool to see more stuff that we made on a factory bike.

Don't call us trying to buy one of these assemblies. The design is proprietary to Kawasaki. 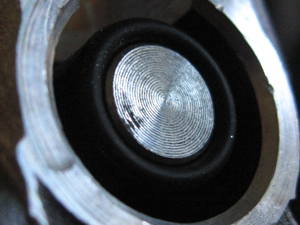 Notice the rings on the face of this brake master cylinder piston. This is the surface that the cam/thumb on the brake lever contacts and rubs on. When clean and greased it works smooth for a while. Dirt starts attaching to the lube and creates a gritty paste that wears out the parts. Our brake levers & clutch levers for the cam/thumb style master cylinders levers have a ball bearing at the contact point for smooth consistent operation. 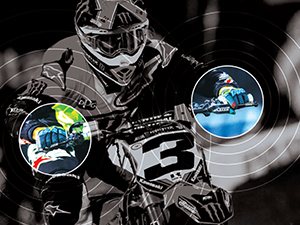 Arc Levers founder Bob Barnett originally created his folding levers simply to make them easier to adjust. Since then, his revolutionary design has evolved radically and has completely changed the high-end lever game