*Not everyone that has earned a #1 plate is listed here. This is just some highlights. 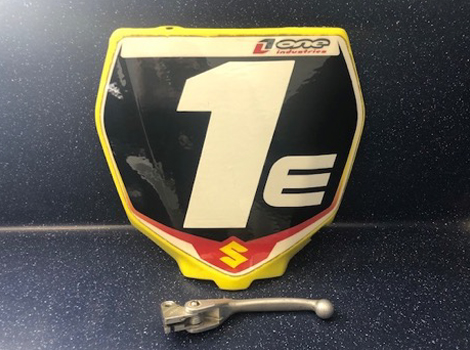 This is where it starts. Back in day I went to Belmont, PA for the race to try and drum up some business. We started the ARC Lever company in late 1999 and had a good following amongst the local racers and decided it was time to go big. At the race I showed our levers to anyone who would look or listen. I had shown to all the teams with Suzuki being the last. To go meet Roger for the first time and convince him that his riders would not win without our gear was a daunting task.

As it turned out, Roger is a machinist himself, (he made his own 1st race bike), and we got along right away. He understood that if folding pegs and shifters were good then maybe levers were the next step. The product that got us on the team was our Ball Bearing brake lever. He said “if you can make rubber covers that fit our bikes, you are on the team next year”. WOW! Then I had to figure out how to make molds and parts in two months. It was the rapid prototype industry that helped us out there. 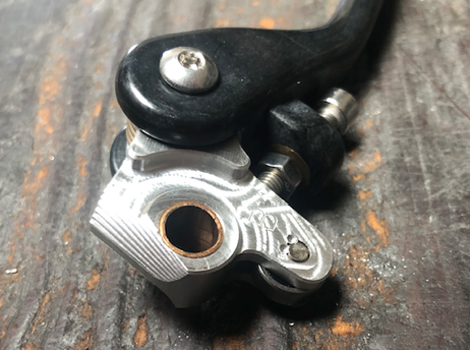 Picture day for the next season was on December 10th so I had to deliver the gear on the 9th or earlier. I showed up on the 9th with all the gear in race ready order. It was hilarious when Roger muttered to Ian Harrison “I told you the hippie wasn’t a complete loser”. When a guy with long hair and a backpack shows up at a national and says “you can’t win without our gear”, It seems too big to be true. At the top is the #1 plate off of Branden Jessemans’ east coast title bike. As soon as the team returned back to the shop, I drove up to Brea and had James Coy unbolt the plate for me.

Another factor that helped at Suzuki was having Travis Pastrana on the team. His wild riding style sometimes benefited from the folding levers’ ability to take some abuse and keep on going. 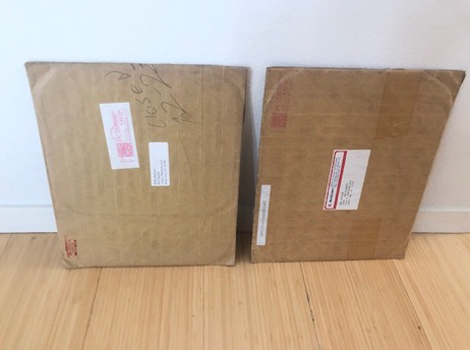 In 2005 Ricky went to Suzuki to continue his career. A rider of his skill level can feel everything the bike does. Making billet parts on cnc machines is what we do. Roger asked us to make some test parts for Ricky and that is when we started making factory parts. After making the first test parts they realized that the design could be better. For six weeks in a row I would get a call from Roger on sunday night or a fax would be on the floor Monday morning if he did not have phone service. All I needed was the a-b-c dimensions on the linkage since they were fine tuning the pivot points. I would program, set up, run the parts, send to hone to finish the bores, mask for shot peen, send to shot peen, change masking from shot peen to anodize plugs, send to hard anodize, and THEN take to FedEx on thursday afternoon so they could test on friday and race on saturday. THAT is a lot of hustle! 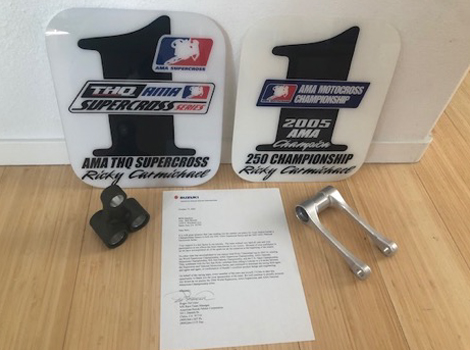 In the mail we received what I thought was a calendar from the Suzuki guys. When opening the mail I was sooooo surprised! Both number plates and a signed letter of thanks from Roger. The following year was not quite as crazy since the majority of setup bugs had been refined. Ricky never wanted to run folding levers which was his preference. We make a lot of different products designed to get you to the finish line. It is always the riders’ decision on what to run. 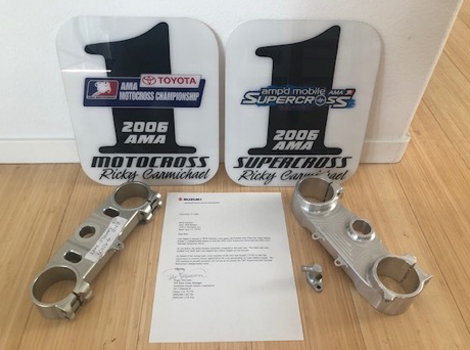 We continued to make exotic factory parts at a less hectic pace in 2006. Sometimes it was just three parts as with the lower clamp on the right. The small gas valve was made to move the fuel supply closer to the carburetor. Ricky rode soooo hard that he boiled the fuel when the hose passed the cylinder. Even with all the insulation they could rap the hose with, he still boiled the fuel. The valve was hand-mounted at the rear of the tank away from the cylinder for a cooler feed. 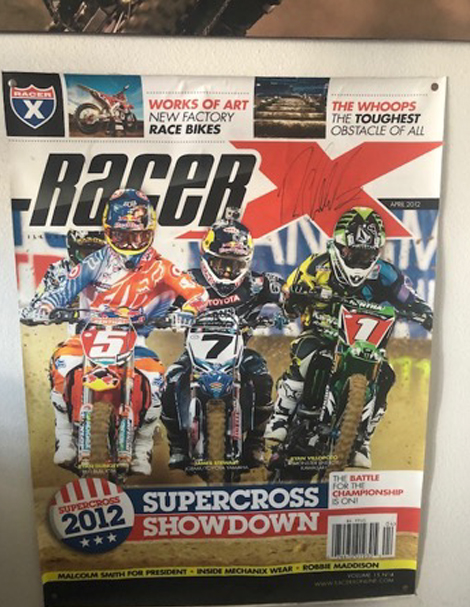 We don’t always get a copy of the number one plate. Sometimes a signed poster does the job. RV stops by once in a while to get gear for his 125 or 450. Below are a few plates that have showed up recently. We have never dwelled on patting ourselves on the back. If you are getting the job done, you don’t have time for that. 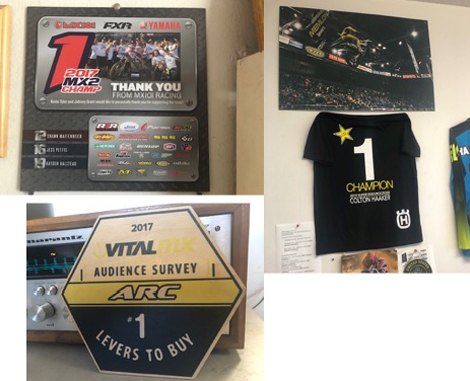 In 2018 at the Endurocross finals I saved Colton  Haakers’ championship at the same time erasing almost any chance for Cody Webb to get the title. We borrowed Coltons’ back up bike to put in our display. I pushed the bike back before the racing started so they could use the bike if needed. As Josh was doing the finishing touches to the bike I noticed some drops on the bottom of the gas tank. The bike had not been washed so it should have been dry all over. I pointed the issue out to Josh and then he started removing parts looking for the suspected leak. When he pulled the tank off about 1/2 gallon of gas gushed out over the bike. It was a simple five minute tank change and off to win the title. He had enough points so he really only needed to finish the main. Had I not been there to catch the problem, he may have been a human torch on the track. 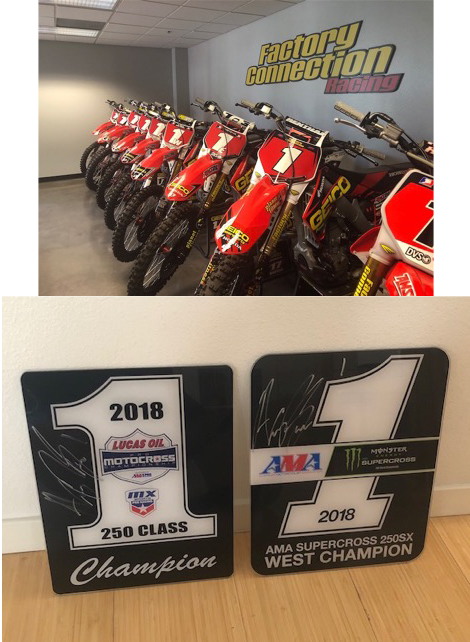 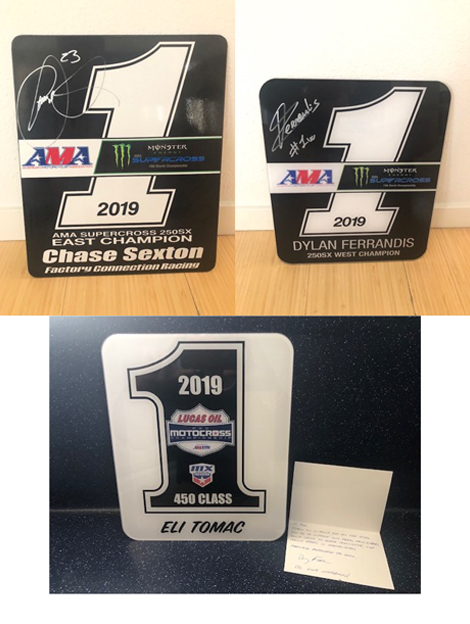 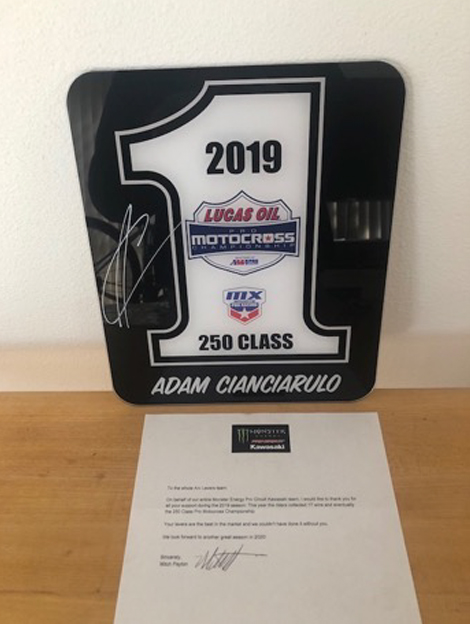 This was a looooong time coming. Mitch is a tough customer. He races to win with no compromise. For years I would go by the tents showing my gear and the general response was “why are you here?”. It wasn’t until we had the Memlon levers that he started to listen. After a demo showing that the Memlon gear is almost indestructible he said “if we run those levers, we will never have a lever problem”. BINGO! We have been on the team ever since. Austin Forker has run our Memlon products for his entire pro career. To get a signed letter of thanks from Mitch is one of our most prized accomplishments. 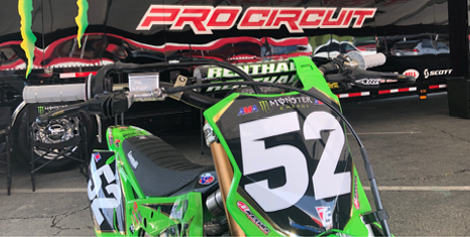 ARC levers have been on bikes that have won a championship in every aspect of off road motorcycling. Hill climbing, flat track, GNCC, motocross, supercross, trials, desert, endurocross, FIM motocross, ISDE, Dakar and the list continues to grow.

Thanks to all the riders who have believed in our gear over the years.